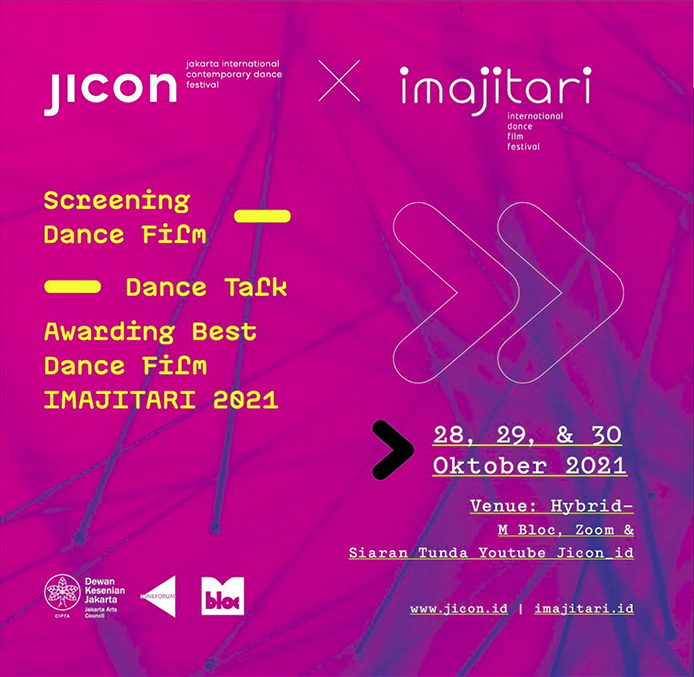 The Winter Ghost has been officially selected for the IMAJITARI – International Dance Film Festival which runs from 28th-30th October in Jakarta,
Indonesia

Due to the ongoing pandemic the competition session will be done offline with a limited number of audiences (40% of the number of seats). From 100 submitted films, the festival’s judges will  create an exclusively online program to showcase films that merited ‘Honourable Mentions’ from those entered into the festival.