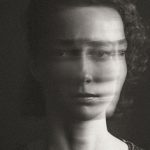 Katja Vaghi is a Swiss Italian choreographer, somatic teacher and dance researcher. Through her education in modern dance and ballet at Ballet Arts in NYC, Katja uses different modern dance techniques (in particular Horton and Limón) together with urban and traditional dances. She holds a MA in literature and linguistics from Zurich University and a PhD in dance philosophy at the University of Roehampton (UK) and has been lecturing in dance history, performance theory, improvisation and instant composition in several institutions in the UK and Germany. Her research interests are reference practices and intermediality, the comic in dance, screendance, and embodiment in spatial perception.

“Starting point of the movement research is the skin. Our most extended organ — 2,5mm thick and up to 6 kg heavy — it is often overseen. Porous and at the same time the barrier protecting us from the outside, it is the site of our primary and first developed sense, touch. Protected by a second layer of skin, the performer enters into a meditative state exploring her body existing against the fabric cocoon. The mesmerising slow-motion movements promote kinesthetic empathy in the viewer, bringing to the fore what is generally blended out by everyday life (functional blending out). The viewer is thus brought back to one’s own being in the world.” 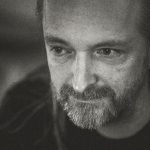 Born in Maidenhead in the UK, Mark left Oxford to study film and narrative structure with the London Screenwriters’ Workshop and later worked as a freelance multi-media designer.

However, through his love of extreme sports he picked up photography again and has since become more widely known as a freelance photographer. Since joining New York photo agency Polaris Images his photos have been published in titles like National Geographic Traveller, Rolling Stone, Der Spiegel and The Guardian newspaper amongst others. 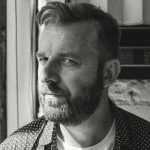 Ashley Webb is a musician born in Oxford but now based in Bristol, UK.

Although learning to play traditional instruments as a child, he was drawn to the sound of synthesisers and the mood they were able to create. Early on he was inspired by bands that were able to combine an experimental approach with pop music which in turn led to an interest in the various strands of music that evolved from the rave scene of the early 90s.

Leaving Oxford, he enrolled on a sound engineering course in Manchester, UK to learn some recording basics, gain access to equipment and start experimenting with ideas. It was at this time he had started to take an interest in more experimental music and electronic scores of the 70s and 80s.

Today, Ashley self releases music under the pseudonym ‘My Blue Extremes’ – a project purely designed to allow him to release music in whatever style he feels at the time.